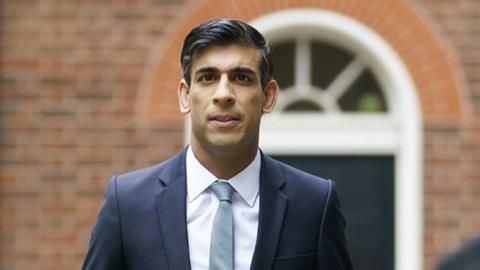 Devolved governments have criticised the chancellor’s claim that the UK government is providing extra financial support for businesses forced to close as a result of the latest lockdowns.

Finance ministers from Wales and Scotland have both revealed that the funding is not ‘new or additional’.

After prime minister Boris Johnson announced a new lockdown for England, Rishi Sunak yesterday announced that businesses in the retail, hospitality and leisure sectors would be able to claim a grant worth up to £9,000 per property, and nearly £600 million worth of support for businesses outside those industries.

Speaking after the Chancellor’s announcement, Wales’ Minister for Finance Rebecca Evans said: “This funding is part of our existing Covid funding guarantee and is not new money.

“The Welsh Government is already providing the most generous support package anywhere in the UK and will continue to support Welsh businesses through these difficult times.”

Scottish Finance Minister Kate Forbes initially welcomed the extra support, but later clarified this was not the case. She said: “It has since transpired that this isn’t actually ‘additional support’ because it isn’t additional to previously allocated funding for the Scottish Government from the UK Government.”

It is the second row between UK and devolved governments over the support available during lockdowns.

In November, Boris Johnson promised that the furlough scheme would be available “wherever it was needed” after Scotland called for clarity. The scheme had been due to end just hours after the prime minister announced England’s month-long lockdown, and it days after the Welsh Government’s request to extend the furlough scheme was rejected by Rishi Sunak to cover its own firebreak lockdown.