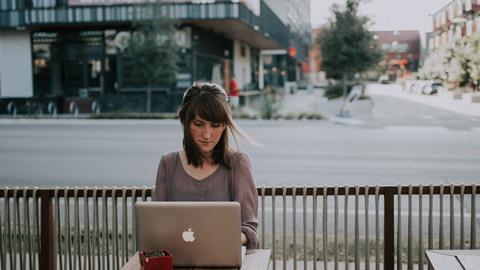 A five-year study reveals a marked increase in small and medium businesses taking out loans to cover the gaps the furlough scheme couldn’t.

Loans taken out by UK small businesses to cover workforce costs spiked from 1% in March 2020 to 14% in April 2020. This comes after the initial announcement of the Government’s Coronavirus Job Retention Scheme, also known as furlough scheme, which failed to cover the complete workforce costs for many SMEs in those first crucial months of the pandemic.

For finance provider CapitalBox, this resulted in a record five-year high for issued loans and points to a worrying trend as, despite being in an already dire spot, SME owners were forced to borrow more to keep their businesses afloat.

On top of paying wage bills, small businesses have faced other critical financial challenges in the last year according to CapitalBox data:

As a result, SMEs relied heavily on financial support with two in three (65%) UK SMEs having benefited from the furlough scheme.

One in three (36%) received tax relief and two in five (43%) leant on government loans. Despite this, 42% of SMEs felt the government could have been doing more to provide support as not all businesses received help from the furlough scheme and tax relief.

With this clear disconnect between small businesses and the government, it’s no wonder that this remains an issue. Many SMEs have continued to fall through the cracks and have needed to take out loans to cover workforce costs – this figure stays relatively high at 9% in April 2021 following this year’s Spring Budget announcement of the extension of the furlough scheme.

“Government schemes, financial aid, and tax relief have proved to be the saving grace for many businesses, sectors, and the wider UK economy in the past year,” Scott Donnelly, board of director at CapitalBox, said.

Even so, he warned that these financial schemes are made to end at some point, and as businesses affected by lockdown delays can restart trading, the Government must make sure though that SMEs have access to immediate cash to avoid a gap that could damage their business.

While the furlough scheme proved to be a financial lifeline for many, it hasn’t been without its challenges. In the first three crucial months of the scheme being announced in March 2020, there were many who were unable to apply. This included: workers not on company payroll (e.g., part-time), short-term contractors moving between jobs, and directors who pay themselves through dividends rather than a salary. It’s no surprise that 56% UK SMEs have had to take out a loan during the pandemic, with 36% to pay for overheads and 20% to pay wages.

However, these were not the only pandemic-related costs that SMEs needed to cover. In March 2020, SMEs were using loans to help futureproof their business by buying equipment (28%), covering working capital (26%), remodelling and expansion (10%).

As the Government furlough scheme winds down, trade changes take effect and repayments on emergency loans start this month – it’s clear that small businesses will have a tough few months ahead of them.

While the furlough scheme has been extended, the start of July required increased payments from businesses. At the same time, the amount of wage costs employers need to contribute for furloughed staff through national insurance and pension will rise from 5% to 14%. The added costs combined with the lack of a robust economic package will lead to small businesses looking at alternative avenues to bridge the cash flow crisis that they will inevitably run into.