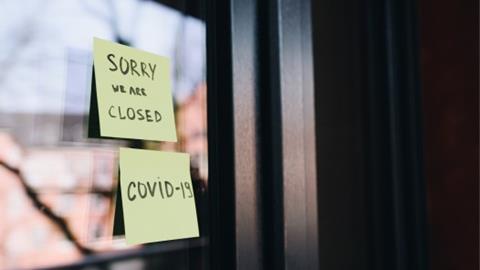 Businesses forced to close get £9,000 grants

Businesses forced to close as part of the latest lockdown measures will receive grants of up to £9,000 per property, the chancellor Rishi Sunak has announced.

The grants will be available to retail, hospitality and leisure businesses that have been told to close, while a further £594 million fund will be made available for businesses outside of those sectors.

The funds will be distributed by local authorities, Mr Sunak said.

He added: “This will help businesses to get through the months ahead - and crucially it will help sustain jobs, so workers can be ready to return when they are able to reopen.”

Speaking to the BBC, he said: “We’ve seen lockdowns before, we know what impact they have. It was always about building a recovery and we need to put the final pieces in place.”

Unions warned that without more support further job losses were inevitable, while the hospitality industry said the “road to recovery just got longer”.

Adam Marshall, director general of the British Chambers of Commerce, said businesses will understand the reasoning for a new lockdown, with rates rising rapidly but would be “baffled and disappointed by the fact that he [Mr Johnson] did not announce additional support for affected businesses alongside these new restrictions”.

Frances O’Grady, general secretary of the TUC, said existing financial support would not be enough to cope with the new restrictions.

“Without more support, jobs will be lost and businesses will close,” she said. “Ministers must act quickly by providing targeted help for hard-hit industries, boosting sick pay to a real living wage so that people can afford to self-isolate and increasing Universal Credit.”

Roger Barker, director of policy at the Institute of Directors, said: “The Treasury must now bolster support for the worst affected sectors. In particular, it should seek to reinforce the discretionary grant scheme allocated through local authorities, which has helped to reach those who have fallen through the gaps.”