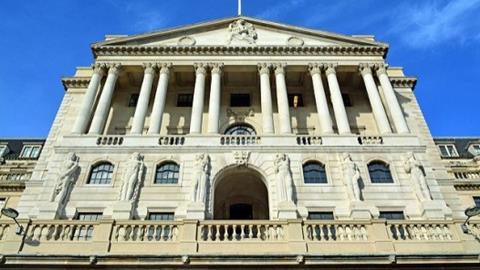 Bank of England to pump extra £150bn into economy

The Bank of England will pump an extra £150 billion into the UK economy, it has confirmed.

As England enters a second national lockdown, the Bank warned that the UK’s economic recovery would be slower than expected.

The latest round of injecting money into the economy by the Bank of England, known as quantitative easing, takes the running total to nearly £900 billion since the start of the pandemic. During the financial crisis of 2009, the Bank injected roughly £200bn.

It is thought that the month-long lockdown in England, coupled with tighter restrictions in Scotland, Wales and Northern Ireland, could cause the economy to shrink again.

Economists expect the UK to avoid another recession, which is classed as two consecutive quarters of contraction, but the economy is forecast to shrink by 2% in the fourth quarter of 2020 and 11% for the year.

Growth is expected to return in the first three months of 2021, but the economy isn’t likely to return to its pre-Covid size until later 2022.

The Bank of England’s Monetary Policy Committee (MPC) also voted to keep interest rates at the record low of 0.1%.