Chat with us, powered by LiveChat
All Judges 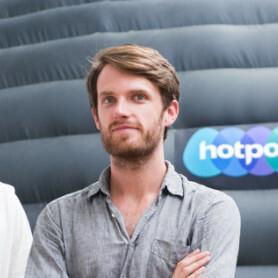 Max is CEO and co-founder of Hotpod Yoga - founded in 2013 and now Europe’s largest yoga business, with over 60 sites across the UK and Europe. As a former management consultant with a stint at London Business School under his belt, it took Nick (co-founder and childhood friend) many words of gentle encouragement to get Max to his first yoga class. After eventually seeing the benefit for himself, Max who has always been an entrepreneur at heart, became immediately intrigued by the world of yoga. Working with Nick, he soon set about identifying the problems and pinch points in the yoga market that ended up being the foundations to Hotpod Yoga. Max leads on all things commercial and strategic, whilst building and supporting an ever-growing team at HQ and across the franchise network.