Technology is taking over the world, and it doesn’t seem to be slowing down anytime soon - but is this good? Or are we potentially moving into dangerous territory, with technology replacing the need for human connection and employability? 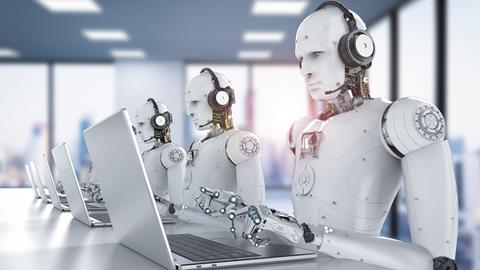 When the pandemic hit in 2020, many businesses were forced to close, and those who remained open saw a lot of staff move to working from home. This caused a huge shift in the amount that people relied on technology. A lot of what was once done physically was now being done online or by technology. For example, no contact shopping was encouraged - and in most shops, you will now find there are more self-scanning tills than there are human-controlled conveyor belts. Similarly, in hospitality, QR code menus and ordering services have become the norm - replacing the need for waiting staff.

This technological advancement, which may be scary for some, has allowed for speedier service, the ability to stay connected through difficult circumstances, and convenience for the general public.

The latest roundtable hosted by the Great British Entrepreneur Awards and haysmacintyre brings together a group of experienced entrepreneurs, who put their knowledge and expertise to the test, to discuss the question - Technology’s effects on employment; is it replacing staff or creating more jobs?

Charlie Winton, founder of OK Positive, gave his perspective on the argument, explaining how he believes technology is being used positively to improve productivity, “I think that technology is really being utilised to streamline productivity and improve the efficiency of processes.

“I don’t personally see this as a worrying thing as of yet. You have all of the systems that could do the jobs you need at the touch of a button but you still need someone to monitor that system. So what you’re actually doing is potentially upskilling or creating a new version of a role” he added.

“Most businesses we work with have a smaller workforce, so we recommend introducing technology to decrease workload for those, doing more than just their job. For example, someone working in HR who is also covering recruitment, and office management - people don’t have the time to do it all,”

He also went on to say that there are a number of government schemes that can help with the introduction of new tech, but “they need to be better publicised, to help people understand new technologies, and the benefits of them”

“However, there is a fine line in terms of how this has helped” he continued. “For many, the use of tech allowed a great work-life balance, yet for some, it meant that they were working far longer hours from home”

Julie Townend, founder of Julie Townend London, agreed with Rudy about the changes covid had on the digital world. Being a brand that’s main consumer base was in physical stores, the digital transformation meant Julie had to restructure the business. “It’s about getting the consumer to have the confidence to use the digital side of the business - and it’s definitely the way forward but also very new, and you must have people on board who are digitally savvy.”

Charlie Winton, founder of OK Positive, gave an example of how covid and the digital transformation have actually been a huge win for businesses. “Take a look at the fish & chip shop for example, who predominantly only took cash before, they’re then offered a card machine, as they must take contactless payments - they then have to shut the shop because of covid, so they must do takeaway services. This then opens up a new job role they need to hire out for” he explained. “Digital technology has opened up two more streams of business for you, and theoretically then your business should be worth 2 times more.”

“When technology is used in the right way it works. The problems we face are those businesses throwing technology into their business with limited training,” he added.

Samuel Elliott, founder of Daycare SOS, provided a different aspect, that it simply depends on your industry. “If you look at it from a perspective of a supermarket, self-service checkouts have now reduced the number of people who are required within the shop itself.” So in that industry, the adaptation has most likely reduced the need for as many employees.

“There are two realms to this, with the argument that technology itself is removing people from the workplace, whereas there’s also technology that is helping to facilitate people to be in the workplace due to the functionality it allows” he added.

Overall, the digital transformation we have seen over the last years, and its effect on employment, is a conversation that will be ever-changing. Currently, it is being seen as a majoritively positive aspect, allowing employees and employers to have more efficiency within the workplace, and it ensures that the jobs that are being done are done to a high standard. However, it is vital that businesses bringing in technology, are also bringing in the correct training and support along with it.

Luke Clark, from haysmacintyre, said “It is evident that recent global events have led to businesses accelerating their adoption of technology to help them remain competitive within their market. Whilst there is a risk of this technology negatively impacting job markets, the roles created in supporting the use of new technology within businesses create further opportunities for individuals to upskill and fill these roles. It was insightful to hear thoughts on who holds the responsibility for upskilling, and whether it lies with employees, employers or the government.

There was an agreement that technology can also play a significant role in improving the wellbeing and experiences of employees – and that entrepreneurs and business leaders have a role to play in developing a culture which embraces technology for the good of their people.”