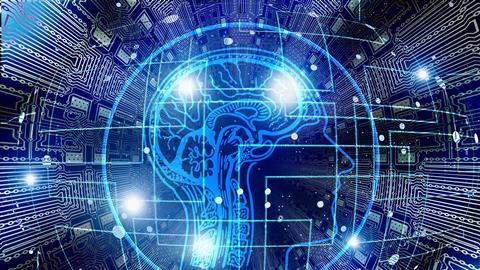 AI could put a rocket up the UK economy, finds PwC – but it surely needs entrepreneurs to make it happen

Artificial intelligence, or AI, could give the UK economy a shot in the arm worth £232 billion – boosting GDP by 10 per cent, finds PwC – which just goes to show; the UK needs entrepreneurs more than ever.

Increasing consumer demand is the key, finds PwC. AI will drive a greater choice of products, increased personalisation of those products, making them more affordable over time, it claims. It also said that labour productivity improvements will drive GDP gains, but to a lesser extent.

“The potential size of the AI prize is huge and our research shows it has the potential to transform the productivity and GDP potential of the UK’s economy,” said Euan Cameron, UK Artificial Intelligence leader at PwC.

“No sector or business is immune from the impact of AI,” he added.

But the big impact will come from consumer demand, suggested Jonathan Gillham, economist at PwC. He said: “Much of the focus on AI to date has been on the impact that increased automation of tasks will have on jobs,” but he added “AI will make everyday products better, more personalised and cheaper over the longer term, which we predict will fuel increased demand.”

What about the effect on jobs? Mr Gilham said: “While we expect that the nature of jobs will change and that some will be susceptible to automation, our research shows that the boost to UK GDP that AI-driven products and services will bring will also generate significant offsetting job gains, as well as boosting average real wage levels.”

And that all begs the question, what needs to be done to achieve this potential? “In order for the UK to realise the potential gains from AI we need to ensure that AI systems are adopted in a responsible way and that every part of society can reap the benefits,” said Mr Cameron.

He continued: “That’s why it’s so important for the UK to place itself at the forefront of the AI revolution and create the right environment for existing and new businesses to innovate and make the most of the product, productivity and wage benefits that this technology can bring.”

One thing is for sure, it ain’t going to happen without entrepreneurs – these are the men and women who are at the cutting edge – finding new ways to make use of big data, new ways to innovate. After all, it was a British company – DeepMind, founded in London, by Demis Hassabis, Shane Legg and Mustafa Suleyman in 2010, and sold to Google in 2014 – that built the AI system that was able to defeat the best player in the world at the Chinse game Go.

If the UK really can see GDP expand by a ¼ of a trillion pounds or so, within 13 years, entrepreneurs are the people that can make it happen.

The UK is emerging an entrepreneurial success story – but more needs to be done, and one way to achieve this is to shine the media spotlight on entrepreneurs, their challenges, their failures and of course their successes.