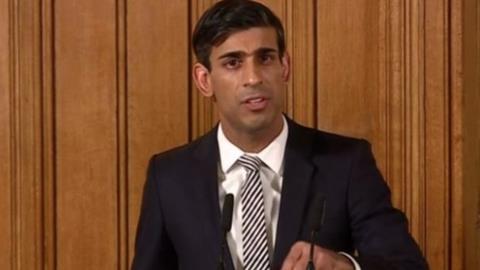 The chancellor should use next month’s Budget statement to extend the furlough scheme and phase it out gradually, the Institue of Fiscal Studies (IFS) has said.

Assessing options available to Rishi Sunak ahead of the Budget, the IFS and Citi Research warned that failure to firstly extend the furlough scheme and then phase it out gradually would leave businesses unable to cope with the continued challenges of the pandemic and result in a spike in unemployment.

The report also called on Mr Sunak to extend the £20 per week increase in Universal Credit beyond the existing March 31 deadline.

The IFS’ director, Paul Johnson, is urging the chancellor to strike a balance between “weaning the economy off blanket support” and specific, targeted help.

He said: “In the recovery phase (Mr Sunak) needs to support jobs and investment, but also crucially needs to recognise and address the multiple inequalities exacerbated by the crisis.

“Fiscal policy should lean against the effects of looser monetary (Bank of England) policy which has again benefited the older and wealthier at the expense of the younger and poorer.”

The UK is set to borrow more than £400 billion this financial year to cover the cost of tackling the pandemic alone, the highest figure on record. Last week, after it was confirmed the UK economy suffered it’s worst performance on record in 2020, Rishi Sunak said the focus of his Budget would be to ensure that the £50bn spent on the furlough scheme was not wasted.

It is widely expected that the government will, at some point, be forced to raise taxes in order to pay for the abnormally high levels of borrowing.

Mr Johnson added: “It is possible that that growth will be fast enough that big fiscal deficits will largely dissipate of their own accord.

“But that is not a central expectation: more likely we are on track for ongoing unsustainable deficits.

“For now, Mr Sunak needs to focus on support and recovery. A reckoning in the form of big future tax rises is highly likely, but not as yet inevitable.”