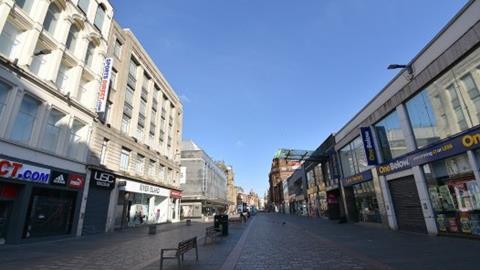 The UK economy shrank by the largest amount on record in 2020 as it battled the effects of lockdown restrictions, according to official figures.

The Office for National Statistics (ONS) revealed that the economy shrank 9.9%, more than double the previous high of 4.1% which was recorded in the early 1970s.

There was some optimism in December, with growth of 1.2% as restrictions eased across the UK. However, it followed a 2.3% decline in November when each UK nation was in a state of lockdown at varying points in the month. The final quarter of the year saw GDP rise 1%.

Jonathan Athnow, the ONS’ deputy national statistician, said: “An increase in Covid-19 testing and tracing also boosted output. The economy continued to grow in the fourth quarter as a whole, despite the additional [lockdown] restrictions in November.”

Chancellor Rishi Sunak said: “Today’s figures show that the economy has experienced a serious shock as a result of the pandemic, which has been felt by countries around the world.

“While there are some positive signs of the economy’s resilience over the winter, we know that the current lockdown continues to have a significant impact on many people and businesses.

“That’s why my focus remains fixed on doing everything we can to protect jobs, businesses and livelihoods.”

Separately, the Bank of England’s chief economist Andy Haldane described the UK’s economy as a “coiled spring” that is ready to release “pent-up financial energy” among consumers and businesses. Writing in the Daily Mail, Mr Haldane said consumer confidence would surge with the continued rollout of the vaccine and expects the economy to “firing on all cylinders” by spring.