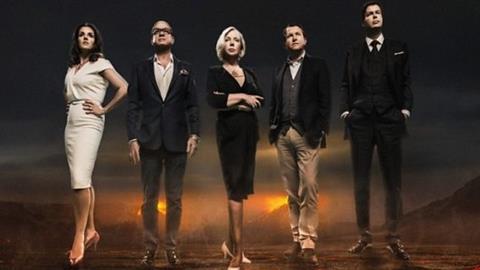 How to succeed in the Den

Dragons’ Den returned to our television screens this week for the 14th series of the popular business investment show.

It’s a programme that always raises discussion, particularly amongst business owners who have themselves received investment, or those who are interested in how they might in the future.

While the situation portrayed on Dragons’ Den is set up for TV, the deals done are real and there’s a lot that can be learned about the world of investment.

What makes for a successful pitch?

Over the 13 complete series, Dragon investors have offered investment to a total of 187 businesses. Whilst not all of these deals went through post-Den, the trends revealed over 13 years are interesting to say the least.

Business data website Company Check has carried out new research that sheds light on the most common components of successful pitches on the show Dragons’ Den, suggesting that food businesses and those with two-person pitches receive the ‘I’m in’ more frequently than any other.

The analysis took into account the 187 businesses that left the Den having accepted an offer in the last 13 series, regardless of whether or not the deal went through after filming had finished. The infographic that was produced as a result of the analysis can be seen below.

An appetite for food businesses

Businesses in the food and drink sector were most likely to receive investment, according to the research, with 17% of all successful pitches falling into that category. This number includes now famous brands like Levi Roots’ Reggae Reggae Sauce, which received investment from Richard Farleigh and Peter Jones back in season 4.

Clothing businesses have been the second most popular in the Den, with an 11% share of investment offers. Technology and children’s service businesses were also popular.

One of the show’s successful entrepreneurs, Chika Russell, secured investment offers with her snack business in season 13. She eventually turned down the investment after the show, but has spoken about her experiences:

“Food and drink businesses work on Dragons’ Den for a few reasons: first, there are major changes in consumer eating patterns and the large players are just not set up to innovate to meet the demand for new, contemporary food products. Second, the Dragons are inevitably all consumers of food and drink and can immediately have their own view as to whether it can be successful in the market place.”

There is more to a winning pitch than a product that the Dragons can get behind.

The research also showed that 40% was the most common amount of equity offered in successful pitches, and that £50,000 is the optimum amount of money to ask for.

Pitches were also more likely to be successful if they involved 2 entrepreneurs, rather than 1 or 3.

And finally, it’s worth knowing which Dragons to pitch to. Long-standing Dragons Deborah Meaden and Peter Jones were the most likely to invest, and a pitch can be significantly strengthened by targeting one or two Dragons specifically.

Alastair Campbell, the founder of Company Check and recent recipient of more than $1,000,000 investment in his new venture Carsnip, said:

“It’s interesting to see the trends that are emerging in the way the Dragons invest over the years. Despite changes in the show’s lineup, there are clearly certain types of business that are more likely to receive investment than others.

“Of course, the Dragons’ backgrounds play a big part in this, as there will be types of companies and industries in which they have more experience and therefore a greater interest. The data shows that technology business investments have not grown over the years, despite the boom in this area elsewhere, which is interesting but also a bit of a chicken and egg situation – if the businesses aren’t pitching, they can’t invest!

“I’ll be following the new series with interest to see if the investment choices differ this time around.”

Now that the new series has started, it is noticeable that some of the trends identified in the research still hold true.

Of the two companies that secured investment, one of them, Craft Clubs Ltd., was in the food and drink industry, and Boot Buddy, whilst not selling clothing, sold a product to help clean boots of different kinds, which appeals to similar retailers and consumers.

Although Boot Buddy started off with 3 entrepreneurs in the Den, one was Arminder Dhillon, the 15 year old inventor of the product, and he left after the product have been introduced, meaning that both successful pitches had 2 entrepreneurs present for the majority of the process.

Interestingly, both businesses walked away with more money than £50,000, and parted with less equity than 40%. It is also worth noting that both Peter Jones and Deborah Meaden invested yet again - this time as part of a 3-way split investment that also included the relatively new Dragon, Touker Suleyman. Whether or not food and drink businesses stay popular remains to be seen, but it will be interesting to watch this series unfold, and see if it’s more of the same, or if the Den gets shaken up.