“Playing drums is all I’ve ever wanted to do,” says Samuel de Broize. “But I never thought I’d be a drum builder.” He also never thought he’d be chosen as the winner of our Flying Start competition for Starling business customers. “That was the biggest shock.”

We launched the competition alongside our national advertising campaign for our app-based business accounts. Customers sent in an image of their workspace – kitchen table, summer house, garden shed – and told us how they’d spend the £5000 prize money to grow their business. Four judges from the Great British Entrepreneur Awards (GBEA) selected Sam as the winner based on his passion, vision and eagerness to grow his business. “He’s a highly motivated entrepreneur, whose entrepreneurial spirit shines through,” said the GBEA judges.

Sam, 29, makes snare drums by hand. He repurposes and recycles wood from a range of sources – furniture, door frames, floorboards – to make custom drums. He takes commissions and sells drums through his business De Broize Custom Drums, while also working part-time as a Music Technician at the University of Westminster. He’s been using Starling for his business banking since 2018.

How did it start?

“In 2016 my grandfather died,” he says. “It hit me really hard. We always said that we’d make a drum together but we never got to it.” A few weeks later, Samuel decided to try making one himself. “It became part of the grieving process.” 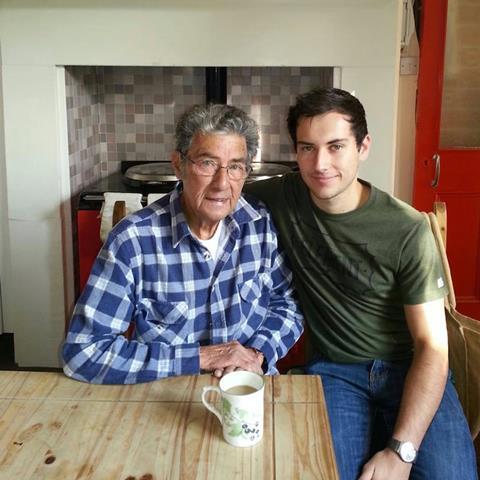 The wood came from a lintel in his parents’ house, adapted when his grandfather came to live with them. He scoured the internet for tutorial videos and set to work using his grandfather’s woodworking tools. “He was a hobbyist woodworker,” Sam explains. “We’d make little bits together but never anything super technical. This was a very ambitious but also very therapeutic task.”

He made his second drum from a floorboard. By the seventh drum, people were not only interested in the stories and sounds of his instruments, they wanted to buy them.

Which business challenges has he overcome?

In the transition from hobby to business, his main challenge was pricing. “It wasn’t until I did a drum show and some people started a bidding war over one drum that I realised how much people wanted this product,” he says. “It’s about knowing your market, where you stand in it and what value you bring to your customers.” Sam sells existing drums through his online shop and at drum shows. He also takes commissions from people he meets or who contact him through the website or social media.

“The snares are great and straight to the point, with loads of tone.”
Matty Brown, drummer for Stormzy

UK drum shows form a key part of his business. “When I first signed up, I knew I’d be the smallest person there but I didn’t care. It gave me something to work towards.” He planned to attend several events to showcase his drums and speak to potential customers but they were all cancelled due to the outbreak of the coronavirus. During lockdown, he’s still been able to work on commissions and create videos to share on social media. He’s also been selling tee-shirts, with 10% going to charities supporting frontline workers, and is committed to matching these 10% contributions. 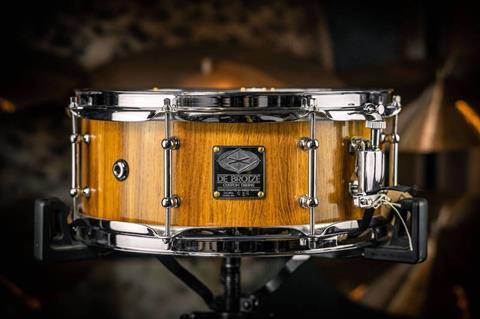 Sam wants to make drum building more accessible. “There was hardly anything online for the style of drums I make,” he says. “I like to give people pointers. Make sure everything you’re doing is accurate. If you’re off by a few millimeters or a couple of degrees on a certain cut, the whole thing won’t be round.”

What makes his business different?

The wood used to make each drum is an integral part to its story. “One commission came from someone who’s moving house and doesn’t have room for their great grandparents’ cabinet, which has water damage on one side. They’ve asked me to turn it into a new snare drum.”

Another highlight was making a drum for Nathan Shingler, crowned Young Drummer of the Year 2019. “It had one hundred individual pieces, such as an old dining table and other furniture. It was a beautiful drum,” he says. “It’s another way of recycling, rather than burning. I’d never want to contribute to deforestation.”

When making the drums in his flat or at his shared workshop, he often listens to The Down Beat, a podcast hosted by the drummer Craig Reynolds. “It’s cool to hear people you look up to talking about things like post-tour depression. Musicians are put on very high pedestals and you don’t think they’ll ever go through stuff like that.” Samuel still plays the drums himself, although he currently uses an electric kit for the sake of his neighbours.

How does he plan to grow his business?

Samuel received a £5000 grant for winning our Flying Start competition. “I heard about it through my girlfriend. I didn’t think I’d actually go on to win it.” 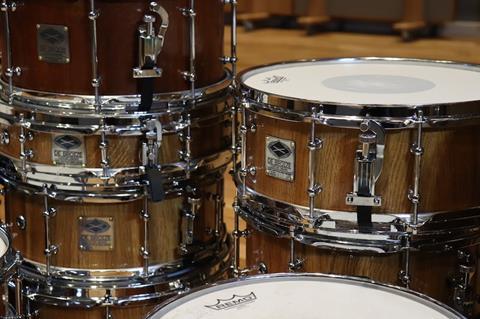 He’s only ever used Starling for his business finances. “It’s very intuitive,” he says. “I like the breakdown of everything that you spend where you can see a percentage of outgoings for each category. Then you can add receipts to each transaction.”

He plans to use his prize money to buy photography and recording equipment, invest in tools for drum building and secure slots for future drumming events and shows. His images will be used to promote his drums online and in his annual crowdfunded magazine.

“I aim to develop my skills in content creation,” he says. “This will come in the form of videos of builds, play-throughs and demos on top of recorded audio samples of each drum. This will further benefit potential customers. The cameras and audio recording equipment will vastly improve the quality of this content. I would also like to carry on building strong relationships within the drumming community and further establish the brand, getting to know drummers and their stories.”

His advice for budding entrepreneurs? “If you have a vision and you believe in it, take it as far as you can,” he says. “And use Starling.”

Originally featured on the Starling Bank blog. For more information on the support Starling are offering their customers, click here.