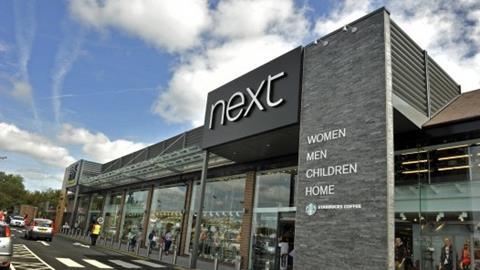 Cut business rates to save High Street, Next boss says

Business rates for High Street retailers should be cut by 35%, the boss of Next has said.

Speaking to the BBC, Lord Wolfson said the current system is “unfair” to physical retailers and warned that a huge number of stores will need to close unnecessarily.

He argued that business rates have not reflected the falling value of High Street retail property value over the course of the pandemic.

Lord Wolfson said: “In-store sales at Next have gone down 25% since 2015 but our rates on those properties have gone up 9%. They have become unfair because they no longer reflect the value property against which they’re charged”

The retail boss suggested that rates could be increased on warehouses and online fulfillment centres, which have seen an increase in value as more shoppers move online, in order to offset the fall in revenue. It’s a move that would bring some balance between the costs of operating a High Street store and an online store.

Lord Wolfson added: “Rents on shops have been coming down, rents on warehouses have been going up and the rates don’t fairly reflect the value of warehouse property either. So I think the government can fund some of this by increasing rates on warehousing by around 50%.”

The Treasury insisted that a fundamental review of business rates is underway, but Lord Wolfson called for immediate action, even if the Chancellor announces an extension to business rate holidays in the upcoming Budget on 3 March.

He said: “I think we’re at quite a pivotal place on the High Street history… we’ve had a dramatic drop in the value of retail properties because sales have dropped so far and many retailers are on the edge of administration.

“For those companies particularly if they go into liquidation, whether or not their new owners decide to take them on and keep those shops on, or close them, will depend on both the rents and the rates that are being charged.

“So over the next year or two, having the rates set at a level that is economic and fair is going to make an enormous difference to how many shops stay open in the short term. And it would be a shame for a huge number of shops to shut unnecessarily because rates are too high.”

You cannot tax people back onto the High Street

The idea of an online sales tax has been discussed and debated in recent years as a way of stalling the shift to online shopping. But it’s not a move that Lord Wolfson agrees would help the High Street:

“I’m against an online sales tax because ultimately the consumer will pay the price of that and actually I don’t think anyone is going to go back to the High Street because there’s a 2% online tax or whatever number they come up with. You cannot tax people back on to the High Street.

“An online tax isn’t going to get people back… it is going to put a hole in consumers’ pockets.”

The Next boss did, however, admit that it may be a useful way of stopping e-commerce businesses from paying little corporation tax.

He explained: “There are some internet companies who frankly don’t want to make a profit they just want to turn over as much as they can until all of their competition go out of business and then raise their margins later.

“So there is an argument for an online sales tax to stop people avoiding corporation tax. But a better way of doing that is to say if you’re an online business, pay either 2% of your turnover or 19% of your profits, whichever is the higher.

“That would forensically attack those people off-shoring profits whilst not damaging the nascent internet business which, frankly for us traditional retailers, is one of the few things actually keeping us afloat.”