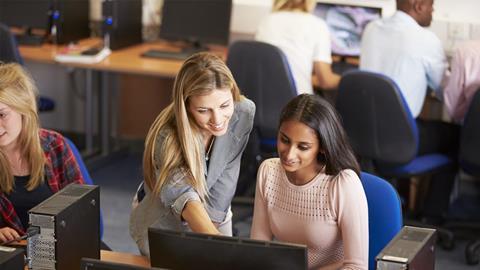 Parents are twice as likely to advise their sons to take on an apprenticeship compared with their daughters, according to research from British Gas.

Parents are twice as likely to advise their sons to take on an apprenticeship compared with their daughters, according to research from British Gas.

Nearly a quarter (22%) of the parents surveyed said they would encourage their son to take on an apprenticeship while only 12% of parents would give the same advice to their daughter.

Parental endorsement shows through strongly in the take-up among boys. When queried about what career their parents would like them to pursue, a quarter (24%) of males said an apprenticeship; only 7% of girls reported the same.

More than a third of UK parents (35%) admitted offering their children differing career advice depending on their gender. The result of the discrepancy is that only one girl in ten across the UK sees an apprenticeship as a viable option for themselves. Yet more than twice as many teenage boys (22%) are keen to go straight from school into an apprenticeship scheme.

British Gas, which is currently training 1,200 apprentices across the UK, has urged more girls to consider an apprenticeship. Explaining its recruitment drive, the company said in 2014 only 4% of applicants for its competitive technical and engineering apprenticeship schemes were female.

Claire Miles, Managing Director for Service & Repair at British Gas, said: “It’s clear from this research that apprenticeships are still regarded as something of a man’s world among young people. That’s behind the times! Despite the rising popularity of apprenticeships, we’re disappointed that more girls aren’t benefiting from this career option.

“Apprenticeships are a great way into an organisation. I’d encourage all girls thinking about their future career, or looking for employment, to consider an apprenticeship.”

Poor careers advice has resulted in girls limiting their own career choices. More than 70% of girls surveyed expressed a preference for traditionally “female” stereotyped roles within their top three career choices: the beauty industry (75%), nursing (73%) and childcare (72%).