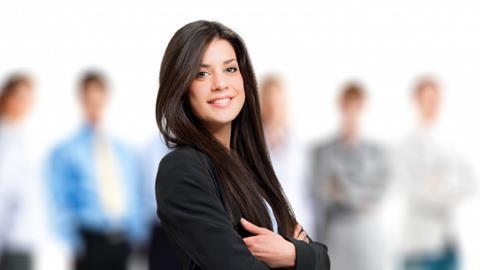 Almost 50% Of Business Owners Are Cautious About Employing Young Women

81% of British business managers admit that they would ask female job seekers their future and current family plans if the law permitted it and 49% of managers confess that age and gender does factor in to their final decision on whether to recruit someone.

Research commissioned by the UK’s leading recruitment scoring website can reveal that 81% of British business managers admit that they would ask female job applicants if they were pregnant, planned on having children or already had children if they could.

However, due to Employment Laws preventing these types of questions, almost 50% of managers admit to factoring in a woman’s age and relationship status when trying to establish whether they could potentially be getting pregnant in the future.

Interestingly, the gender of the recruiter made little-to-no difference to these results, with only 6% fewer females factoring in a woman’s age during recruitment than male recruiters.

In an anonymous study of 416 British business managers, commissioned by www.HireScores.com, 92% admit that if two suitable and equally qualified candidates applied for a job, one being a married man and one being a pregnant woman, the male would get the job even though 100% of them admit they would never profess this as the reason.

Only 8% of respondents claim that they would employ whichever candidate they thought would work harder and fit into the team dynamics.
89% of respondents also admitted that they never or rarely take male applicants’ commitments at home into consideration during the application process.

The main culprits are SMEs (50 members of staff or less), as ultimately money will factor into their employment decisions to a greater degree than a larger company, where staff turnover is higher and expected.
According to the study, women aged between 26-35 years old are the most likely to be penalized, with more than 1 in 3 business managers admitting to being the most cautious when recruiting females within this age group due to the possibility of pregnancy.

Lisette Howlett, Managing Director of HireScores.com comments on these findings;

“This topic raises some very difficult issues and although Employment Laws clearly state an employer cannot discriminate against a pregnant woman or a single mother, managers from small companies in particular are undoubtedly nervous about the added cost of funding maternity cover or dealing with quick dashes out of the office to see to a sick child.

Interestingly these are potentially the very employees smaller, less competitive employers might benefit from considering since they can tap into a talent base that might otherwise be overlooked.

“It is however an extremely controversial topic and managers who openly question women about their home life need to be extremely careful and ideally reconsider their interviewing strategy.

“On the other hand, it is also possible for female interviewees to be rejected because they are not as qualified as someone else and not based on their being pregnant or having a family — these situations can also raise difficult problems for an employer.”

Radical EU plans which would see women entitled to full pay for the first 18 weeks of maternity have ‘little positive benefit’ for working women and could be the final straw for UK’s struggling small business, according to HR specialists at Dynamic Transitions.

The proposed changes, which could be enforced as early as this year, will have a profound impact on small businesses, especially those that are cash tight. Dynamic Transitions’ MD Judith Germain is concerned that many businesses will simply not be able to cope.

“This move may well be the final straw for small businesses as they struggle to pay bills at a time when resources are low and cash flow is at a premium. Particularly for businesses that employ only a handful of people, losing one member of staff can have a huge impact on the day to day business and this is just yet another added stress that is not needed in the current climate.”

Despite the fact that UK businesses would have two years to implement the new regulations, Germain has real concerns for the immediate impact on the employment opportunities for young women, as businesses feel less inclined to hire and retain women of childbearing age.

“We already know that the recession is bringing about a steep decline in graduate opportunities and moves like this will only serve to see yet more incredibly talented young women unable to secure work and lose out on opportunities to progress their career in a similar way to their male counterparts.”

“The short term financial gain of increased maternity pay for 18 weeks clearly does not outweigh the widespread long term effects on opportunities for women who want to work and have a family. In its attempt to encourage fairer working practices for men and women, Brussels is just pushing the divide further apart”.[/i]

Judith Germain is founder and principle consultant of Dynamic Transitions Ltd, a leadership company specialising in managing Troublesome Talent® and improving leadership performance in companies. For further information or to find out more about Dynamic Transitions visit www.developing-leadership.com or telephone +44 (0) 208 288 0512.